Tropic of Cancer by Henry Miller

Miller’s groundbreaking first novel, banned in Britain for almost thirty years. A penniless and as yet unpublished writer, Henry Miller arrived in Paris in 1930. Leaving behind a disintegrating marriage and an unhappy career in America, he threw himself into the low-life of bohemian Paris with unwavering gusto. A fictional account of Miller’s adventures amongst the prostitutes and pimps, the penniless painters and writers of Montparnasse, Tropic of Cancer is an extravagant and rhapsodic hymn to a world of unrivalled eroticism and freedom. Tropic of Cancer’s 1934 publication in France was hailed by Samuel Beckett as ‚a momentous event in the history of modern writing’. The novel was subsequently banned in the UK and the USA and not released for publication for a further thirty years (Amazon). 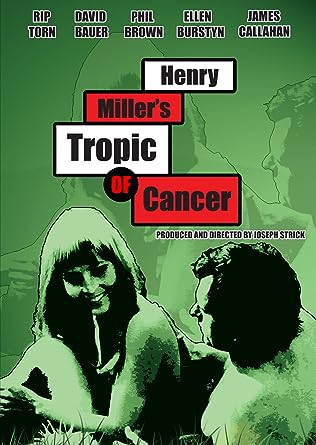 Henry Miller Interviews – Episode 3: Henry’s Thoughts on Women – „Henry Miller, author of „Tropic of Cancer”, was interviewed by Bradley Smith in 1969. This is an excerpt from those interviews… This is how Henry picked up women in France, and his thoughts about women in general…”

Delta of Venus by Anaïs Nin

Story of O by Pauline Reage

(Description by Amazon.com):
The notorious novel of dark obsession

How far will a woman go to express her love? In this exquisite novel of passion and desire, the answer emerges through a daring exploration of the deepest bonds of sensual domination. “O” is a beautiful Parisian fashion photographer, determined to understand and prove her consuming devotion to her lover, René, through complete submission to his every whim, his every desire.

It is a journey of forbidden, dangerous choices that sweeps her through the secret gardens of the sexual underground. From the inner sanctum of a private club where willing women are schooled in the art of subjugation to the excruciating embraces of René’s friend Sir Stephen, O tests the outermost limits of pleasure. For as O discovers, true freedom lies in her pure and complete willingness to do anything for love.

Tropic of Capricorn by Henry Miller

Banned in America for almost thirty years because of its explicit sexual content, this companion volume to Miller’s Tropic of Cancer chronicles his life in 1920s New York City. Famous for its frank portrayal of life in Brooklyn’s ethnic neighborhoods and Miller’s outrageous sexual exploits, The Tropic of Capricorn is now considered a cornerstone of modern literature.